Live and Work in Colombia: 7 Benefits You Haven’t Considered 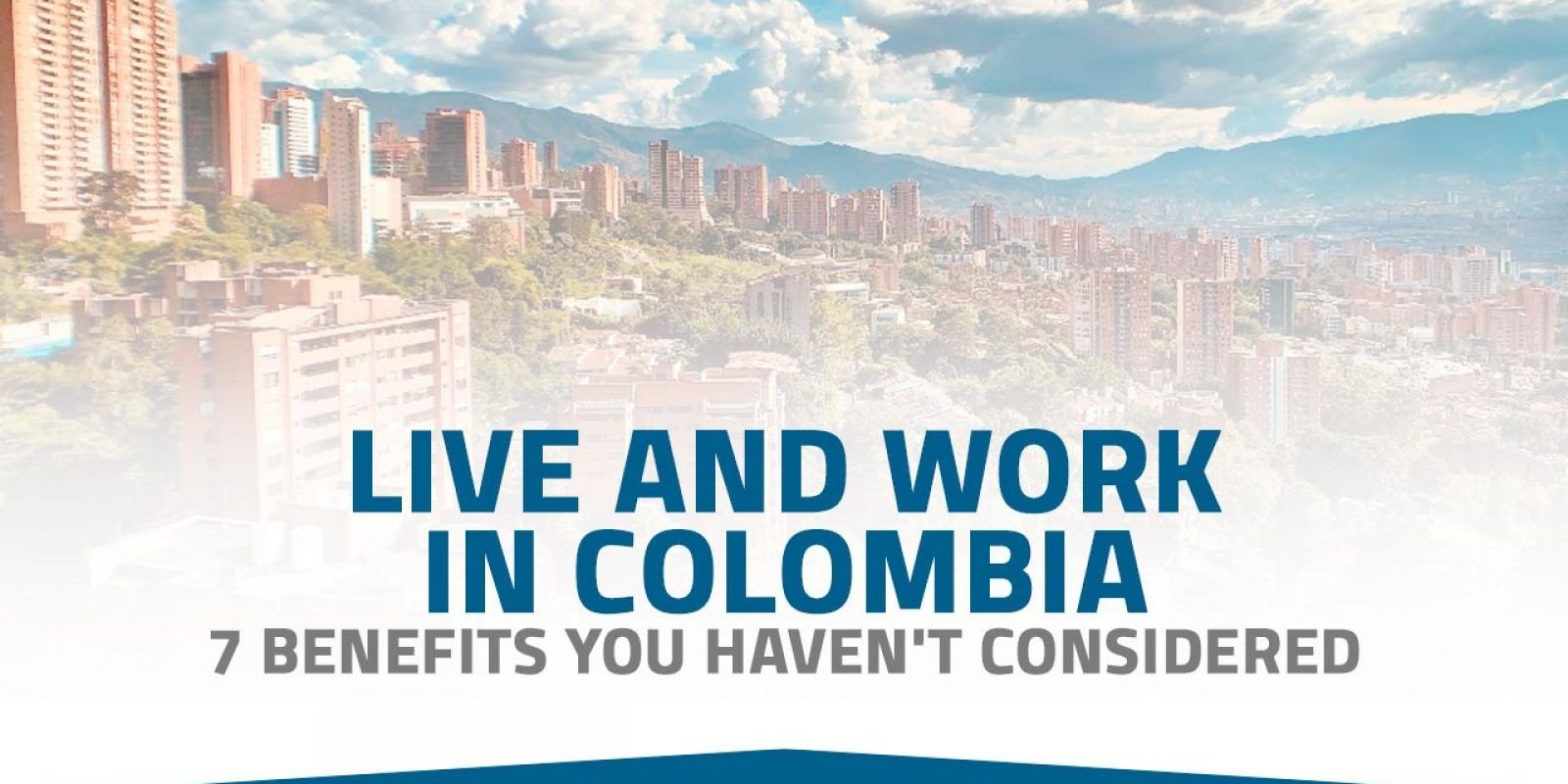 The land of arepas and salsa is calling.

In fact, Colombia has already attracted between 30,000 to 40,000 Americans to upsticks and set up a new life.

So, why do so many expats want to live and work in Colombia?

In this article, we take a look at seven benefits you’ve not considered about emigrating to this vibrant and advancing country.

Yes, you already know that Colombia is affordable relative to your own country. Eating out for lunch costs an average of $4-5, a high-end, 85 square feet furnished flat costs around $700 a month and high-speed internet is less than 20 bucks.

But what about your quality of living? To put it lightly, it’s generous. For a small cost, you can have incredible experiences unique to Colombia and retain enough of your monthly budget to save.

In fact, most expats require less than $1000 a month to live off, so don’t worry about not having enough to enjoy the good life here.

As a country with a tropical climate, Colombia’s weather changes by the department you find yourself in.

From searing heat to crisp and fresh winds, Colombia has every climate you could ever desire. It’s close proximity to the equator means that Colombia does not have real seasonal change. In fact, it’s widely accepted that ‘wet’ and ‘dry’ are the two modes of climate that the country oscillates between.

The beauty of living in Colombia is that differences in height above sea level and proximity from the equator means there’s massive diversity in temperatures across the country. If you’re looking for drier, savanna-type settings to live and work in, departments like Huila have low levels of precipitation. Boyacá, on the other hand, is significantly cooler. The capital of Antioquia – Medellín is dubbed the ‘city of eternal spring’, meaning that the temperature sits nicely between 20 – 25 degrees celsius year round.

Colombia is a terrain of extremes.

From tropical jungle, to rocky mountains, to white sandy beaches, Colombia’s natural offerings are second to none.

Not only is it an incredible setting to work in, the country is home to the northern tip of the Amazon, indigenous lost cities, and countless mountain trekking routes in breathtaking surroundings.

For many expats, much of Colombia’s attraction stems from the fact that it’s a Spanish speaking country.

What’s not so widely known is that Colombia is also one of the best places to learn Spanish basics in the world. Colombians from regions like Cundinamarca have a clean and neutral accent which is easier to understand than other parts of Latin America.

Furthermore, learning Spanish in Colombia is very affordable. There’s a wide selection of language institutes which offer a variety of Spanish courses for different student needs. Whether you’re looking to learn business Spanish or just be able to have a conversation, there’s a Spanish tutor or school for you.

Colombia is the world’s second most biodiverse country in the world.

As a result, it’s home to some of Latin America’s rarest fruits and vegetables. With the perfect climate to grow certain greens and natural products, Colombia is home to Gulupa, Maracuyá, Sapota and many other incredible foods of the soil.

If you’re interested in learning more about Colombia’s fruit and veg variety, there are some great exotic tours on offer in major cities and rainforest areas.

Whether you’re just starting out your career or a seasoned industry professional, there are some fantastic employment opportunities in Colombia.

Digital B2B services, education and app technology are all industries in Colombia that are currently seeking skilled expats that are fluent in English. And this is especially true in major cities like Medellín and Bogotá.

Colombia’s cosmopolitan areas are fast becoming the hubs for tech startups looking to base themselves in Latin America. In advertising and marketing alone, there are over 230 agencies currently based all over Colombia.

Check out our article for more information on the fastest-growing industries in Colombia for expats seeking employment.

If you’re not aware already, the rumba in Colombia is fierce.

Bars, clubs and entire neighborhood’s come to life at night in both Colombia’s towns, cities and small villages. Wherever you find yourself in Colombia, there’s bound to be a party occurring. And there’s something for everyone.

If you’re looking to learn salsa or experience a truly Latin night out of reggaeton and bachata, you’ll never find a shortage of places to go and fiesta. Likewise, if you yearn for rock or electronic music, there’s an ever-growing community of DJs and live bands that light up the major cities.
Colombia also has a significant number of festivals and music events, the most famous being Estereo Picnic. Incidentally, Estereo Picnic has been known to attract the likes of Radiohead, Arctic Monkeys and The Chemical Brothers.