5 Examples of Profitable Businesses in Colombia 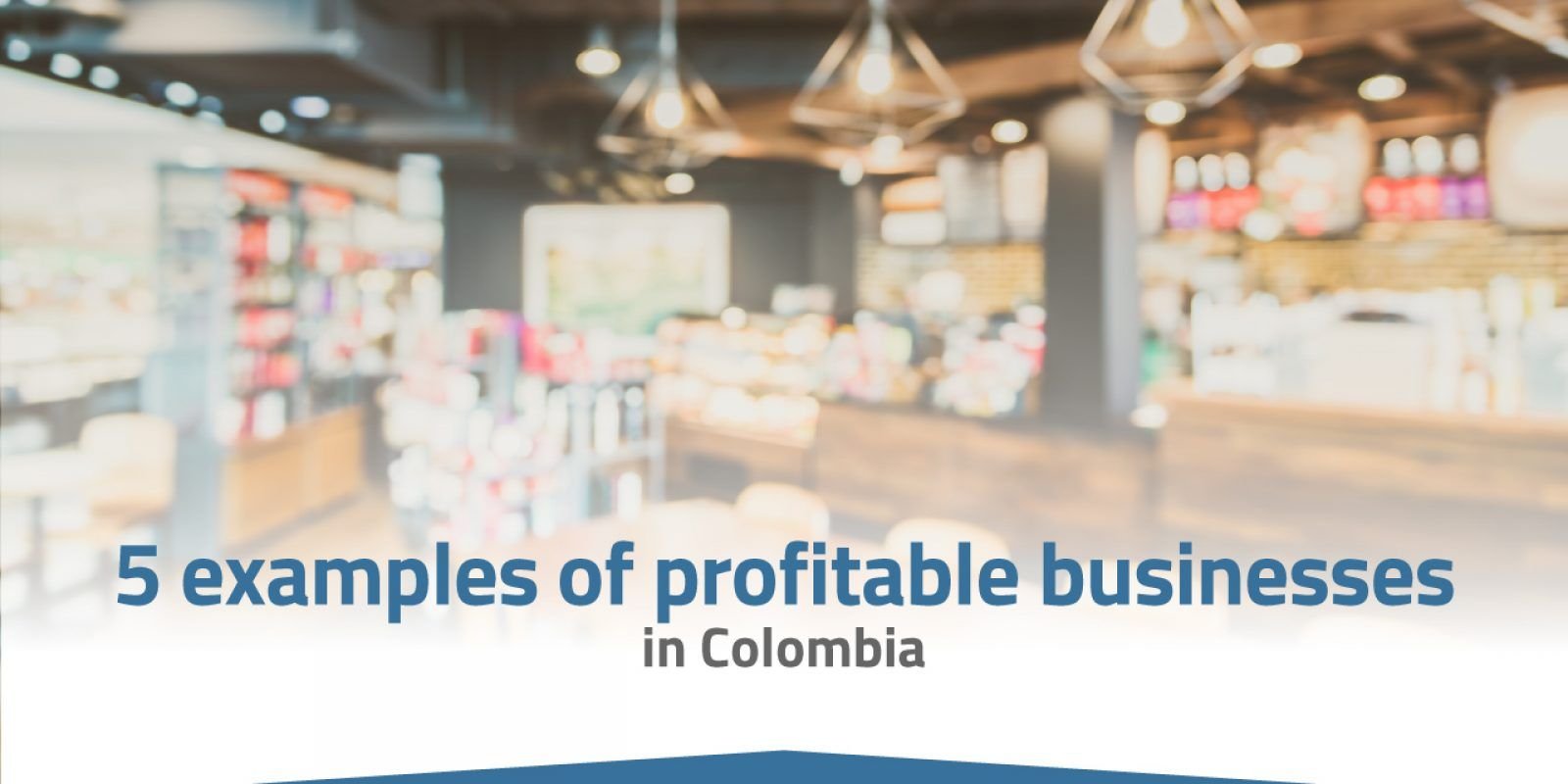 When you look at the statistics, it’s unsurprising to hear that Colombia is fast becoming one of South America’s most popular places for foreign investment.

According to the 2020 World Investment Report, Colombia received $14.5 billion in foriegn direct investment (FDI) in 2019, representing a more than 25% increase from the previous year.

With continuous improvements to urban infrastructure, technology and language proficiency, more and more expats are looking at Colombia as the place to start a business.

For this reason, we’ve picked out the five best industries for foreign nationals to invest in, and why they are such lucrative business opportunities.

Let’s begin with the biggest up-and-coming industry in Colombia.

B2B services are not new to the business world, but Colombia is slowly becoming a hub for foreign tech startups to grow and prosper.

Colombia is currently Latin America’s third largest provider of IT services and ranked as Latin America’s third largest tech hub by Startup Blink. With an array of B2B tech markets emerging in larger urban areas, improvements in Colombia’s commercial wireless communication services have made it easier for digital enterprises – particularly startups – to survive and grow.

Furthermore, Colombia’s major cities such as Bogotá, Medellín and Cali now have digital PR, health & fitness software and IoT businesses thriving under foreign ownership, some of which have been growing in Colombia for over a decade.

As the service sector makes up over 60% of Colombia’s national GDP, healthy competition with low barriers to entry make digital B2B services an attractive proposition for foreign investment.

Sticking with services, the retail side of Colombia’s economy is more established and arguably even easier to begin.

The massive influx in foreign tourism has contributed to a significant rise in foreign-owned hospitality businesses. In fact, Colombia saw a record 4.5 million foreign visitors travel to its shores last year, helping grow the tourism sector by 3.3% in national GDP. Significantly, this was higher than any other Latin American nation.

Over the past decade, there’s been more than 100 hotels, bars and restaurants set up through foreign investment. Part of this is due to the Colombian government issuing favorable fiscal policies for hospitality-based businesses, including tax exemptions for all capital goods in tourism-based exports, and tax discounts for the employment of handicapped or disabled workers in this sector.

Given the large number of available hospitality sector workers in Colombia, many of whom are bilingual, starting a restaurant, hostel or hotel makes a whole lot of sense to expats looking to invest.

Keeping with the theme of language, expats’ greatest intellectual asset is widely regarded to be the language they speak.

Thousands and thousands of Americans, Brits, and Australians flock to Colombia each year, and manage to stay by teaching English as a second language. The demand for learning English, as well as French German and even Chinese is huge in Colombia.

Whether it’s a desire to get into Colombia’s top universities, work for international corporations or travel around the world, Colombians are acutely aware of the need to learn English. Adding to this that Colombia ranks a mere 17th as Latin America’s most English proficient country, the desire for English classes from native speakers has only increased in recent years.

If you’re looking for a model to base your language academy on, the British Council have successfully recruited thousands of native speaking English teachers and developed into Colombia’s most prominent and sought after institution for learning English.

In terms of the primary sector, Colombia is renowned worldwide for its booming mining industry.

With a special focus on gold, coal and emeralds, Colombia’s foreign investment in mining its precious minerals has only got bigger over the last decade.

Because the Colombian government has implemented business legislation that actively encourages foreing investors to engage in mining activities. For instance, foreign nationals can own the full 100% of the title rights to a Colombian mining company. Colombia’s corporation tax has also been reduced by 3% since President Duque’s inauguration.

There still exist questions over the ethics and social responsibility of owning a mining company. As many know, mining causes serious environmental issues such as erosion, deforestation and soil contamination. As the second-most biodiverse country in the world, Colombia’s natural habitats are put at serious risk by extensive mining operations, making mining companies a bad choice of business PR wise.

Nevertheless, mining remains incredibly profitable within Colombia for now, even if we could see heavy restrictions in the near future for the sake of environmental preservation.

Returning to digital industries, mobile apps are proving to be extremely profitable enterprises in Colombia.

The best example of this is tech unicorn Rappi, who in just 5 years, have grown to be valued at over $3.5 billion. As a fast food delivery app, Rappi has integrated gamification and fantastic front-end UX to make its app the most popularly used app in Latin America.

How has Rappi done this?

By leveraging great Latin American designers and coders to create an incredible app for consumers. In Colombia, there’s a large skill mismatch between workers with computer technology education backgrounds and their job roles. Not only are these people underemployed given their level of skill with coding, computational development and design, they often find themselves underpaid in comparison to their North American and European counterparts.

In short, the potential for starting an app-focused business in Colombia is huge, as the human resources required exist, with business expenses being relatively low.